Complaint against a crime against humanity

IN THE CASE OF CRIMES COMMITTED AGAINST HUMANITY

Subject of complaint: Hungary and other parties have violated the Nuremberg Code

The “Crown Truth Group” is a group  doctors, public activists and the general public who made a choice to exercise their democratic rights not to receive experimental medical treatment (Covid-19 Immunization) and who feel that they are under great and unlawful pressure from the government of Hungary and the “Operational Group” (represented by Cecilia Muller and Pal Gyorfy) in charge of disease control, ministers, senior public representatives, mayors and others. For a year, the Hungarian people have been under strict restrictive measures, thus violating our fundamental human rights with making pressure on the population to take the Covid-19 experimental vaccine in several cases despite the willingness of the person itself.

E.g.: Cecília Müller, a member of the “Operational Group” , said: “In Hungary, anyone who had a positive PCR test, even once, is automatically registered as a Covid-19 victim at the time of death.” This is the Covid-19 mortality statistic, this is a direct hoax, falsification of facts.

Patients should be re-examined and treated by the doctor.

We would like to provide you with basic information on this topic first:

An innovative medical treatment against 2he SARS-Cov-2 Virus is being used. There are 5 different so called vaccines approved for emergency procedure only in the country. Pfizer-BioNTech which has only recently received FDA approval in the United States (only as an emergency procedure). This is a non-final approval containing details of the 22 side effects of the vaccine. The European Union approved the remedy also by EMA for emergency procedure only. The Moderna experimental vaccine got also approval for emergency procedure only in the European Union and so in Hungary as well. Oxford/AstraZeneca is the third experimental vaccine Hungarians are treated. There are 2 other vaccines, the Russian Sputnik V and the Chinese Synopharm without any approval in the European Union. Both of these 2 experimental vaccines are being used for the treatment of the Hungarian population without any reliable information regarding short- or long-term effects of the treatment.   Moreover, from a medical point of view, it is quite clear that the issue of the long-term effect of any treatment has not been scientifically studied in case of any of the vaccines (in the framework of testing and research). Thus, the long-term effects and safety of the treatment on recipients is unknown. It is important to note that no one has ever intended to immunize the whole world until now with this medical technology that delivers synthetic m-RNA to the body. All previous immunizations operated on a completely different basis. Either a deactivated virus or a weakened virus was injected into the body, which activated the immune system naturally against the virus.

We present and describe in detail how the Hungarian Government, with its ministers, mayors and other high-ranking officials, is illegally, visibly and extremally violating the Nuremberg Law not only at one point, but also at countless, too many points, in Hungary.

In Hungary the participants were not informed that they were actually participating in a medical experiment, and the Nuremberg Code stipulated that the participants in the vaccination should be given their consent. Despite the fact that the participants of the experiments give their approval to the vaccination, the information provided to them is not detailed at all to be able to make any decision. The participants believe that they are protected by the vaccine from the disease and expect mild side effects as stated in the information leaflet. Most of the cases the participants do not even know which of the 5 vaccines they get. This information is not even stated in the documentation of the patients.  It later emerged that the Prime Minister, Viktor Orbán, made an agreement with the Chinese vaccine company, Sinopharm, signed by Péter Szijjárto, Minister of Foreign Affairs. This Sino-pharm vaccine doesn’t have EU licence. The Prime Minister only announced that it was actually a medical experiment and that is the essence of the agreement. This in reality, a genetic medical experiment on humans is carried out without informed consent, in addition to a serious and manifest violation of the Nuremberg Code.

It has become apparent that EU leaders, including the Hungarian Government, have signed an agreement with COVAX and EMA (through which vaccine companies) deliver millions of vaccine doses to Hungary. This is done on the basis of such a consideration that the population of  Hungary and other EU Member States serve as test subjects for pharmaceutical companies. It was agreed that drug companies would receive all medical and personal information from individuals without their knowledge or consent. It should be noted that, to date, the content of this agreement, which affects the majority of the population of Hungary state, has not been published. This also does not meet the transparency requirements laid down by law. Much of the information contained in the agreement remains secret. It is worth noting and remembering that we do not live in a world of dictatorship, so it is clear that such an agreement must be completely transparent for the whole population.

Here are some examples of violations of the Nuremberg Code. (Full List 2 of this submission. Annex II).

Those without the vaccine are threatened to be negatively affected, not being able to get a job, medical treatment etc.

Hungarian prime minister has repeatedly stated that vaccinations are safe, hiding the real dangers. In many ways, the contracts signed between the government and the Big Pharma are hidden, which only raises questions about the agreement.

In this submission, we must stress that the measures put in place against citizens, including legislative proposals for unquestioned persons, contradict the Nuremberg Code and autonomy over the body of the individual, but also existing legislation in Hungary, including fundamental rights relating to the dignity and freedom of individuals, the freedom of the Employment Act, the freedom of patients, the right of access to restaurants and discos and other public institutions and other laws.

Therefore, and taking into account the above, two main requirements are indicated:

The applicants are represented in this procedure by:

Yours sincerely: The Crown Truth on behalf of a civil group

All correspondence must be sent to the address and/or email address specified in the header. Any court notice addressed in this way shall be deemed to be valid if it has been received and processed. 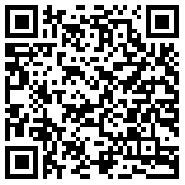